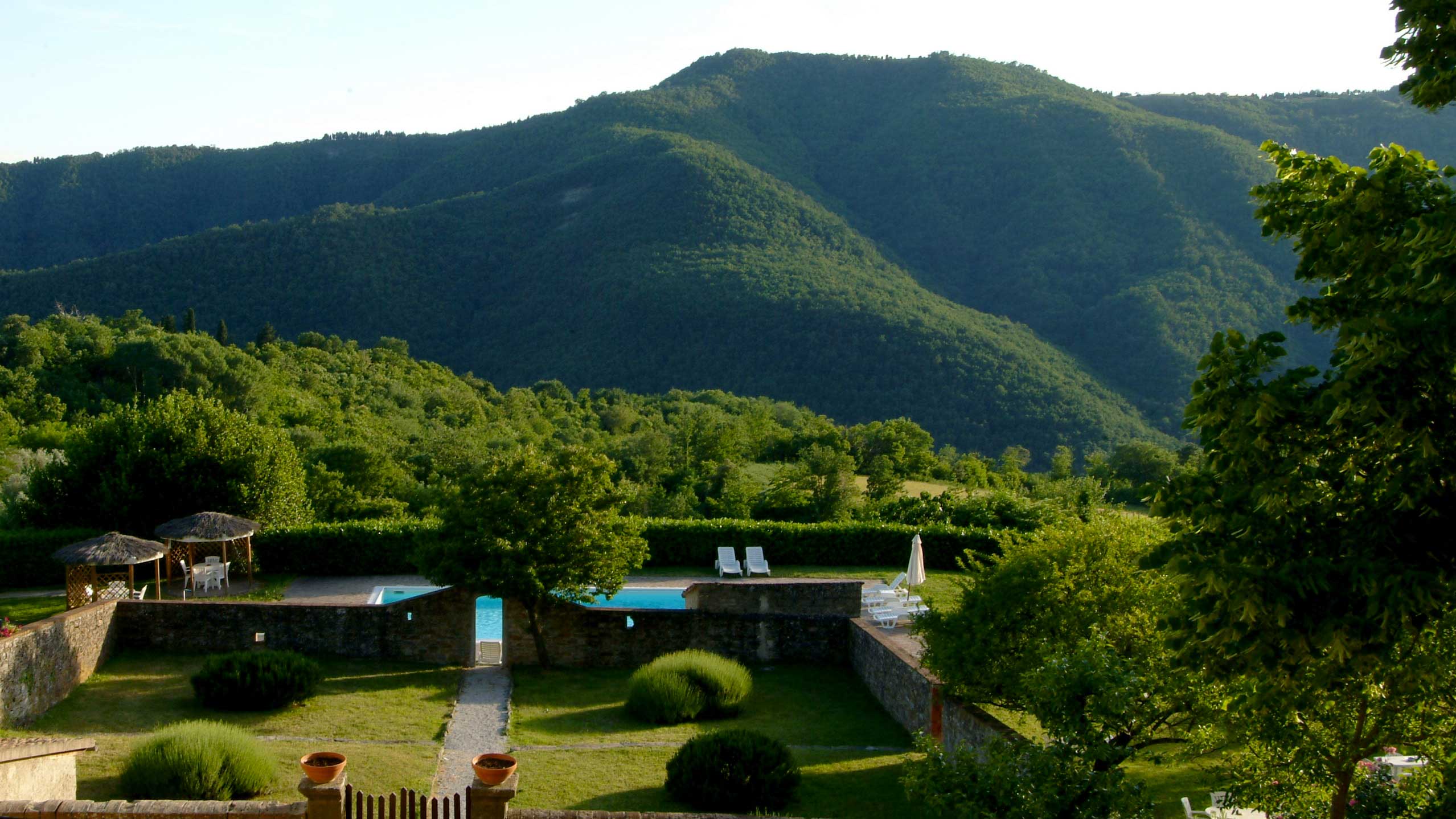 Highest of the Chianti zones

Colognole is one of the historic wine producers in the Chianti Rufina zone, as well as one of the most prestigious in the area. It makes wine exclusively from grapes grown in its own 27 hectares of vineyards, and produces an average of 120,000 bottles per year, distributed in Italy and in the most important countries worldwide, from Europe to Australia, from North America to the Far East.

At the Colognole Country Wine Estate, hospitality extended to wine-sector professionals and to wine-lovers has always been one of the most important means of spreading appreciation of Colognole wines and of the culture of the local growing area. The Chianti Rufina DOCG zone is the smallest in extent of the various Chianti denominations, but it is also the most ancient, inasmuch as its borders were defined in 1716 by the decree of Grand Duke Cosimo III de' Medici.

In addition, thanks to its position next to the Apennine mountain chain, the Chianti Rufina DOCG is commonly referred to as "the highest of the Chiantis", both in elevation and in latitude of its vineyards, but in terms of the elegance and longevity of its wines as well.

This centuries-old local winegrowing culture, as well as the passion and commitment with which the Conti Spalletti family have been making wine for over 120 years, is the central theme of the guided winery tours and tastings. The comparison among the different vintages of the same wine, in order to "put to the test" the classic cellarability and elegance of Chianti Rufina wines, is a revealing way to understand the qualities of this denomination.

Finally, our Extravirgin Olive Oil. The Rufina hills have always produced exceptional-quality olive oil, and that has always been one of this estate's most exclusive and highly-respected products. Guests can taste it upon request, and they can savour for themselves the extraordinary richness of this millennia-old product of our earth.

A passion for tradition

The Conti Spalletti family have been dedicated for over 5 generations to growing grapes, in particular sangiovese, but other varieties as well, including some white-wine varieties, which in recent decades have been part of the winery's research projects.

That programme has as its goal the development, and demonstration, of the Rufina area's remarkable ability to produce great wines that are both elegant and long-lived.